The Embassy of the Democratic Socialist Republic of Sri Lanka

Since the end of the internal conflict, Sri Lanka has recognized the importance of rebuilding the economy and establishing an attractive environment for foreign direct investment. As part of its 2010 Vision, it was recognized that FDI would be important to bring new technology and development to Sri Lanka. It was also recognized that investment inflows were disproportionately low (about 1.5% of GDP) and that there was an infrastructure gap between Sri Lanka and its neighbours. Thus, the Vision established targets to raise FDI to 3% of GDP and to prioritize the targeting of investments.

Sri Lanka's main law on investment, the Board of Investment of Sri Lanka Act (BOI Act), as amended, continues to provide the main legal framework for investment in Sri Lanka. The law was last amended in 2012 and its related regulations were last updated in 2006.

The Finance Act No. 12 of 2012 (Part IV) and the Commercial Hub Regulation No. 1 of 2013 amended certain provisions so as to exempt certain foreign investors (65% minimum ownership) involved in certain business activities, such as entrepôt trade, from the provisions of the Customs Ordinance (Chapter 235), the Exchange Control Act (Chapter 423), and the Imports and Exports (Control) Act No. 1 of 1969 (see Section 2.4.5 on commercial hub activities). Other laws that may impact investment are the Companies Act No. 7 of 2007, the Exchange Control Act No. 24 of 1953, and the Strategic Development Projects Act No. 14 of 2008.

Sri Lanka currently has 24 bilateral investment treaties, also known as Investment Protection Agreements (IPAs), with other countries including Japan. Sri Lanka's IPAs generally include provisions on scope and definition of investment, admission and establishment, national treatment, most-favoured-nation treatment, fair and equitable treatment, compensation in the event of expropriation or damage to the investment, guarantees of free transfers of funds, and dispute settlement mechanisms (both state-state and investor-state).

Japan was the 5 th import partner of Sri Lanka with a share of 4.49% in 2019. Motor vehicles for the transport of persons were the major import item from Japan to Sri Lanka which Accounts for 40.58% of total imports from Japan in 2019. 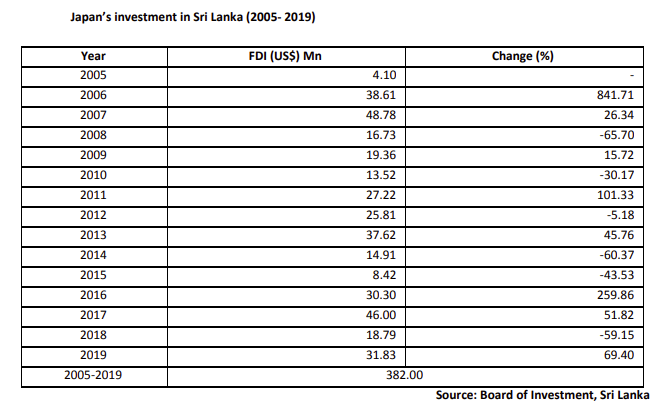 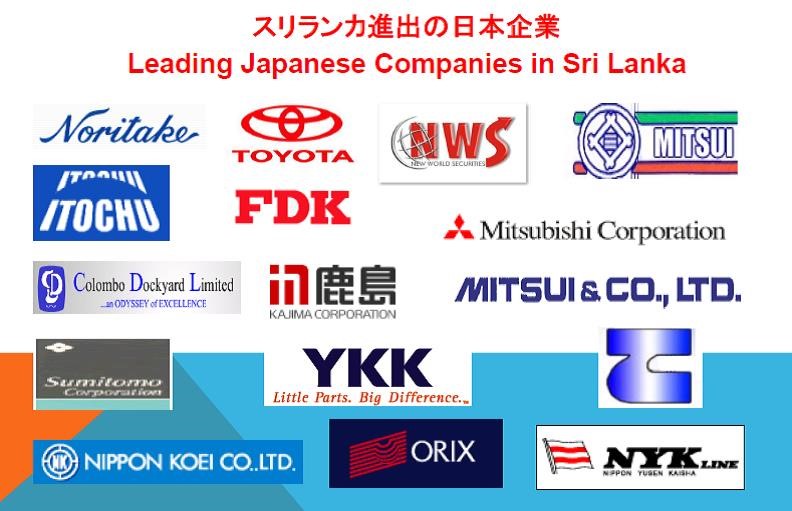 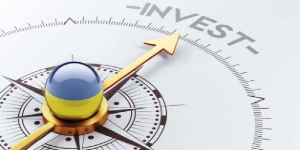